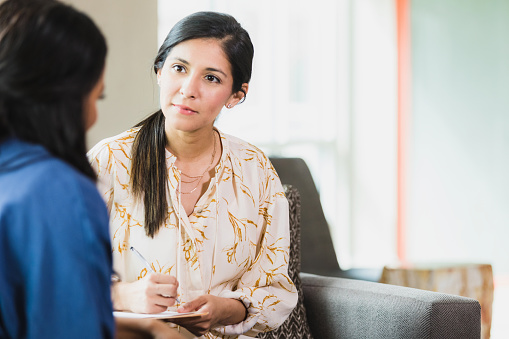 A Word from Bob: As most of you now know, on June 4, my dear wife, Shirley, suffered a stroke. Thank you for your prayers, care, and many letters, calls, visits, emails, and texts expressing your concern and love. If you want to see updates, you can visit here: Please Pray for Shirley.

The Counselor Sees a Counselor

In my last blog, I posted about The Counselor Sees a Counselor. I shared the story of Shirley and I each choosing to see a biblical counselor.

Today’s blog tells a different story. While Shirley was at UW Acute Rehab for therapy as she recovered from her stroke, she experienced a multi-disciplinary approach. There was medical care from a caring and excellent team of doctors, nurses, and nurses aids. There was the therapy team of physical therapists, occupational therapists, speech therapists, and recreational therapists. There was also a mental health team of hospital chaplains, social workers, and rehab psychologists who all visited with and treated Shirley.

I was with Shirley both times that the rehab psychologist “Nicole” (not her real name) visited Shirley. Nicole was a young (perhaps late 20s?) resident doing her rounds on the rehab unit, before she would be transferred to another hospital for another area of residency training.

So why write about this?

I’ve found that many times we biblical counselors and conservative Evangelical Christians can begin to see anyone and everyone who is “outside our camp” as the enemy to be feared and fought.

On the contrary, “Nicole the secular rehab psychologist” was not Shirley’s enemy. Nicole was neither to be feared nor fought. In fact, she was quite helpful in several ways.

Nicole listened so well. And so patiently. And so compassionately.

When we met with Nicole those two times, there were times that Shirley and I both cried together. And we could sense and feel Nicole’s care for us. She empathized with us.

I remember sitting there thinking, “Wow, Nicole is young. She’s still in training. But she’s good. She asks such probing questions…”

Nicole couldn’t help but know that we were committed Christians. Shirley’s hospital rehab room was replete with large print Bible verses posted on sheets of paper taped up all around the four walls of Shirley’s room. And, our interactions with Nicole were saturated with conversations about our faith in Christ, our lamenting to our loving heavenly Father, about our clinging to the Holy Spirit for strength and hope…

Did Nicole the secular psychologist fight us? Did she demean us? Did she seek to dissuade us?

Not in the least.

Instead, Nicole honored our faith and even helped us to draw upon our faith resources. I vividly recall one drawing out statement from Nicole in particular.

“Your faith is obviously vital to both of you. It’s such a source of strength for you. And I can see how Bible passages are so meaningful to you both as you go through all of this. Of all the verses hung up around your room, which ones do you find yourselves turning to the most? And how are those verses most helpful to you right now…?”

Nicole the secular psychologist was not our enemy. Just like the various doctors, and nurses, and social workers, and nurses aides, and physical therapists were not our enemies. We don’t know what percentage of our care team were believers, but 100% of them cared for us well—including Nicole.

“Is That Thought Accurate?”

At one point in Nicole’s interaction with Shirley, Nicole quietly stood up, and carefully wrote in large print on a white board:

“Is that thought accurate?”

From listening to Nicole’s overall approach, I would surmise that she was trained as a cognitive-behavioral therapists. And her probing question challenging us to assess the accuracy of our thinking is indicative of that model.

First, I’m not sure we had a “choice” even if we were inclined toward that (hyper-separatist) thinking. Nicole was part of the rehab team assigned to Shirley’s care.

But second, and more importantly, Shirley and I have a combined 100 years of walking with Christ. If after 100 years we can’t take a cognitive-behavior concept like assessing the accuracy of our thoughts and translate it into a deeper Christian concept, then we’ve not walked with the Lord very well!

It was quite easy for us to take the CBT adage of “is your thought accurate” and enrich it with gospel-centered depth by pondering together Philippians 4:8:

So How Do I Explain This?

You might wonder how I, a biblical counselor who focuses on the importance of gospel-centered counseling, could explain the helpfulness of a secular psychologist.

Theologically, I’d highlight the imago Dei—the image of God in every person. While marred by the fall into sin, every human being remains a bearer of the image of God. Nicole, the secular rehab psychologist, is an image bearer. She bore well for Shirley and me the image of a compassionate, loving, and wise God…

For a much more detailed perspective on the sufficiency and relevancy of Scripture for biblical counseling, see my book Gospel Conversations: How Christ Changes Lives. The first two chapters in particular develop a practical biblical theology of biblical counseling and the profound and unique power of the personal ministry of the Word.

Some in our conservative Evangelical biblical counseling world might be aghast that I would dare to highlight anything of value coming from the world of secular psychology.

So why take the risk of criticism? Mainly because I’ve wanted to be biblical—to give honor where honor is due (Romans 13:7). Nicole was legitimately helpful to us.

Here’s what I am saying:

Perhaps a related illustration might help. I see Christians having this “enemy mentality” with Child Protective Services (CPS). Talk to a Christian about needing to get CPS involved in a situation and they respond in shock and horror. “Those CPS folks are only out to get kids away from parents—especially from Christian parents!”

It’s this hyper-separatistic enemy mentality that I am addressing in today’s post. We seem to think every governmental official, every secular worker, every psychologist has a focused agenda of destroying our faith. This sort of paranoia is not healthy or helpful.

Be Salt and Light by Respecting Others

One final thought. Shirley and I prayed for our witness for Christ throughout her 7-week hospitalization. We wanted to treat every care-giver respectfully. We took every opportunity possible to express to everyone who would listen that we were clinging to Christ in the midst of Shirley’s stroke and recovery journey. And we took every opportunity possible to express sincere appreciation for the care they were giving Shirley.

As Christians, how are we to relate to and think about non-Christian professionals?

As biblical counselors, what should our attitudes be toward individual secular counselors?

This site uses Akismet to reduce spam. Learn how your comment data is processed.